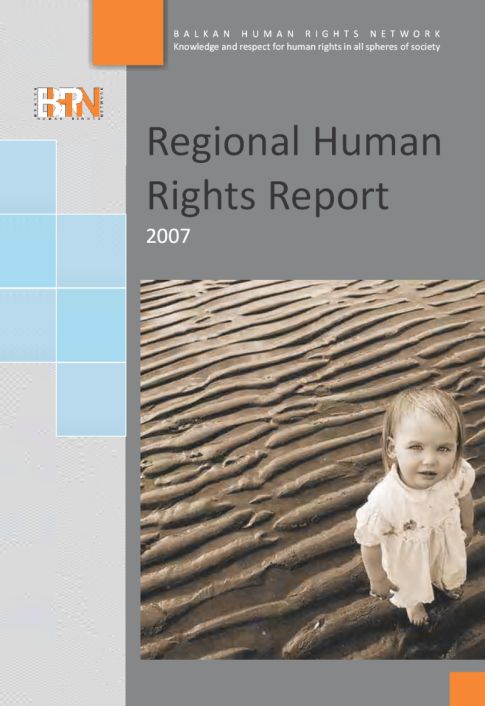 The Balkan Human Rights Network (BHRN) was initiated and established by 17 non-governmental organizations in Copenhagen in 1998, with the aim of promoting dialogue and cooperation in the field of human rights protection in the Balkans between non-governmental sector, authorities, media, professional groups and public.

Organizations, the founders of the Network, were organizations from Albania, Bosnia and Herzegovina, Croatia, Serbia, Macedonia, Montenegro, Kosovo and Bulgaria, whose mission was to unite their forces and efforts to promote the rule of law in the region and to harmonize national legislation with international standards in the field of human rights protection.

In the period until 2008, the Network grew into the strongest and most numerous network (44 members) that worked in the field of education, promotion and protection of human rights, both by the number of implemented joint projects, number of publications, analyzes and public presentations.

In January, 2001, the BHRH Secretariat was established in Sarajevo with the mandate to establish regional cooperation among its members, ensure the flow of information and ideas among members and other NGOs in the region, assist in the drafting and implementation of joint member projects, and to develop their capacities.

In the period 2003 – 2008, the Association for Democratic Initiatives Sarajevo (ADI Sarajevo) took over the leadership of the BHRN Secretariat. Within the BHRN program, ADI Sarajevo has worked on the implementation, monitoring and facilitation of more than 35 regional projects. The main task of ADI Sarajevo was to contribute through the capacity building of individual members to the establishment of sustainable projects and a strong civil society in the region.

The most important task of the BHRN Secretariat was to work on drafting strategic documents and preparing annual action plans of the BHRN, as well as their presentation to donors. This demanding job was done with the help of the BHRN Steering Board, which decided on the priorities for BHRN projects, and the Secretariat worked on the preparation of project proposals, and after obtaining funds for re-granting to the BHRN members, facilitating the implementation of project activities, evaluating and reporting on the conducted activities and spent money to donors. The second part of the activities of the Secretariat was aimed at promoting the values and results of the BHRN to the donor community, international institutions, networks and NGOs in the region and beyond.

In the process of preparing BHRN project proposals, according to other donors, besides the NAB SEE program, the Secretariat worked on capacity building of the members by providing training in project management, strategic planning, monitoring, evaluation and public advocacy.

During the six-year period, the BHRN Secretariat under which it operated, ADI Sarajevo has grown into a center of excellence both in Bosnia and Herzegovina and in the region. The total number of implemented projects within the BHRN program for the period of 8 years is 75, of which the BHRN worked on the facilitation of 45 projects. The most important of them are:

The donor of this project was the Danish Ministry of Foreign Affairs, within the FRESTA program, which in 2006 changed its name into the NAB-SEE program.

The total amount of donor funds allocated by the regional program NAB-SEE to the BHRN projects in the period of eight years is EUR 2,306,000.

The aim of this project is to develop and strengthen mechanisms for monitoring the human rights situation in the region. Also, this publication contains a detailed analysis and presentation of the state of human rights, leading trends in violation of human rights, list of obstacles arising from domestic legislation, and are related to violations of basic human rights in the region. Each year, 10 BHRN members are participating in the drafting of their reports, which are their national reports on the state of human rights, and then incorporated into the regional report. The most important part of the report are recommendations regarding the harmonization of domestic legislation with international standards in the field of human rights protection and their consistent implementation. The report, apart from serving as a periodical review of the human rights situation in the region, is also a guide to the institution in the field of amending existing legal acts and an excellent source of information for both the academic community and the NGO sector. The BHRN Secretariat worked as the coordinator of this project.

This kind of yearbook represents the ultimate result of the work of a group of BHRN members who have expertise in the field of monitoring, education and protection of human rights. Every yearbook was created on a topic selected as a priority within the Network for a particular year and concerns the violation of one human right. Articles that are included in the annual report represent the results of an analysis of one or a group of authors who, by analyzing the domestic legislation, provide recommendations for overcoming the same authorities, representatives of the international community and civil society in the region. The BHRN Secretariat worked as the coordinator of this project.

The BHRN web portal is an informative activity within which the BHRN Secretariat created and maintained a BHRN site which was the backbone for the exchange of information and knowledge between the BHRN members, as well as with other partner organizations and NGOs from the region. The monthly newsletter of the BHRN was the second informative activity of the Secretariat and it was printed in 67 numbers. The content of the newsletter reflected the most important information from the region regarding the protection of human rights, activities of members and partner organizations and the promotion of the BHRN projects and events.

The project was developed with the help of the Danish Center for Human Rights. Within this project, a methodology – “Quick Check” was developed for assessing the work of the business sector in terms of respecting human rights, based on which the BHRN Secretariat developed a module for its application in Bosnia and Herzegovina. The second part of the project was related to the development of a module for education of NGOs and the business sector in the four basic areas of enterprise activity in the context of corporate social responsibility: market behavior, attitude towards employees, environmental attitudes, and the relationship with the local community and the society as a whole.

The “Legal Issue Group” was established as a joint project of the Balkan Human Rights Network and Refugee Networks in South East Europe. The aim of this project is to work in the Balkans by harmonizing existing legislation in the field that regulates the position and rights of refugees and displaced persons with international standards and its adequate application. The publication “LIG” represents the contribution of all members of the working group and deals with issues of citizenship, property, heritage, asylum and minorities in the territory of the countries of the former Yugoslavia.

Media coverage of the Macedonian Conflict

This project was launched at the initiative of the Refugee Relief Network in South East Europe / SEERAN. It was implemented by ADI Gostivar (member of the BHRN). The result of the project is a publication titled “Conflict in Macedonia”, published in Albanian, Macedonian and English.

The leading partner in this project is the Radio Refugee Network. The project consisted of a series of radio shows broadcasted in Macedonia on the subject of Roma rights. In addition to educating journalists on minority rights, 99 stories were broadcast on local radio stations. The 40 best stories were translated into Albanian, Serbian, Croatian, Macedonian and Turkish, and offered in radio exchange to radio stations in the region.

The project was realized in partnership with the Youth Network in South East Europe/SEEYN and the Network of Private Broadcasters in South East Europe. The aim of the project is to improve youth volunteering. Based on the detailed analysis carried out in this area, an action plan for the advocacy campaign was prepared. In the process of realization of the project, 10 regional coordination centers have been established, which have established contacts with the competent institutions, and drafted a list of recommendations for improving and facilitating the work of volunteers in South East Europe.

All rights for all

A two-year project that consisted of educating journalists on human rights and the most common forms of human rights violations in the region and the way in which the media should objectively present these phenomena. The project took place in the territory of Serbia, Croatia and Bosnia and Herzegovina. In addition to these activities, there were 20 radio shows that went into radio exchange. Partner for these activities was the SEENBP the Network of Private Broadcasters in South East Europe.

The project “The Rights of Sexual Minorities” was realized in cooperation with the Network of Private Broadcasters in South East Europe/SEENBP. The aim of the project was to create an analysis of the violation of the rights of sexual minorities in Croatia and Bosnia and Herzegovina, and on the basis of it, prepare 20 radio shows on topics that have been shown to be of crucial importance for respecting basic rights of sexual minorities. 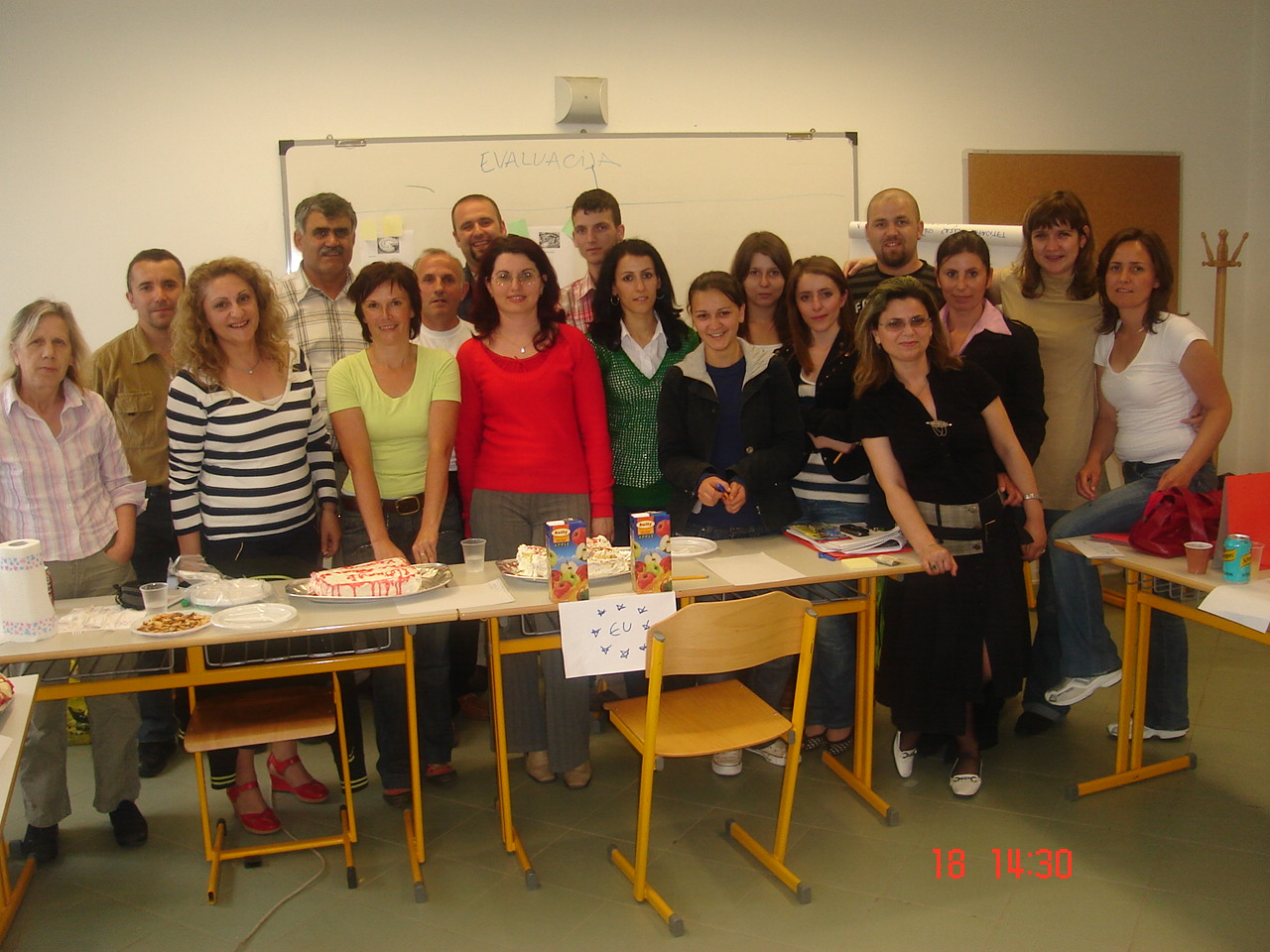