July 29, 2011 / Comments Off on Sixth Conference of Ministers of Justice in BiH: Semiannual Report of Civil Society Organizations Adopted

At the Sixth Conference of Ministers of Justice in BiH that was held on July 26, 2011, the semiannual CSO Report on the Implementation of the Action Plan of the Justice Sector Reform Strategy in Bosnia and Herzegovina (AP JSRS) was adopted. One of the conclusions of this document was that despite the marked political tensions present in the first six months of 2011, some progress in the implementation of the JSRS AP was observed in the justice sector of BiH. Noting that much more could and should have been done, and the hope that the second half would bring intensification of reform processes, non-governmental organizations (Association for Democratic Initiatives, Helsinki Committee for Human Rights in BiH, Association “Vaša prava BiH”, Bureau for Human Rights Tuzla and Centers for Civic Initiatives), which committed themselves to systematically monitor, assess and report on the implementation of reform measures and activities (AP JSRS), in their Report, requested that a clear message be sent from the Conference to all domestic institutions that there is no alternative to consistent and timely implementation of the AP JSRS if the justice sector in BiH really wants to contribute to building European future for BiH citizens.

In order to overcome the perceived obstacles and challenges in the implementation of the JSRS AP, civil society organizations also offered 45 recommendations in the Report, relying on years of advocacy experience in the field of democratization and protection of human rights, and knowledge of issues in the justice sector in BiH.

In February 2010, five civil society partner organizations signed a Memorandum on establishing mechanisms to monitor and evaluate the implementation of the Action Plan of the Justice Sector Reform Strategy in Bosnia and Herzegovina with the Chair of the Conference of Ministers of Justice in BiH and the President of the High Judicial and Prosecutorial Council of BiH and the Brčko District Judicial Commission. The established mechanism is unique not only in BiH, but also in the surrounding countries, and as such relies on the best practices of Western European democratic societies regarding participatory monitoring and evaluation of public policies by civil society organizations. 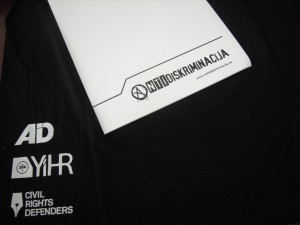 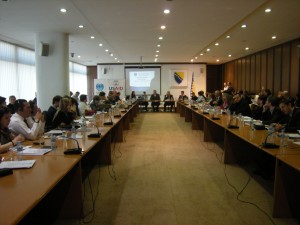