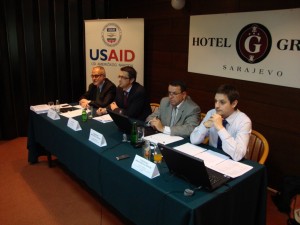 October 28, 2011 / Comments Off on Conference on the Law on Prosecutors’ Offices of the Federation of Bosnia and Herzegovina (FBiH)

Law on Prosecutor’s Offices of the FBiH, is the topic of the First Thematic Conference of the Institutions of the Justice Sector in BiH, held on October 28, 2011 in Sarajevo, organized on the basis of conclusions of the Sixth Conference of Ministers of Justice, High Judicial and Prosecutorial Council BiH and the Judicial Commission of the Brčko District of BiH.

A new law on prosecutors’ offices is currently under preparation in the FBiH. This law was initiated by the High Judicial and Prosecutorial Council of BiH (HJPC BiH) in 2008 as part of the Justice Sector Reform Strategy. Some of the solutions proposed in this law are to introduce a single entity-level budget to finance the work of all prosecutors’ offices in the FBiH, as well as to provide additional employment for prosecutors and their assistants.

The importance of passing this law was discussed by Allan Reed, Director of the United States Agency for International Development (USAID), Hidajet Halilović, Assistant Minister of Justice of the FBiH, Zdravko Knežević, Chief Federal Prosecutor, and Enisa Adrović and Azir Mrđanović, representatives of the High Judicial and Prosecutorial Council of BiH. Assured that the adoption of appropriate legislation is in the function of more efficient work and better service to BiH, Mr. Reed emphasized the importance of adopting European standards in the justice sector, as a prerequisite on the path towards European integration. Furthermore, Ms. Adrović emphasized that in the European Commission’s report, it was precisely the prosecutor’s offices that were identified as the weakest link in the judiciary in BiH.

Holders of judicial functions at the state, federal and cantonal levels, representatives of the international and donor community, and civil society organizations overseeing the implementation of the Justice Sector Reform Strategy Action Plan in BiH participated at the meeting. 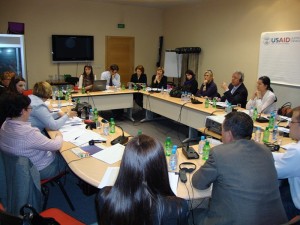 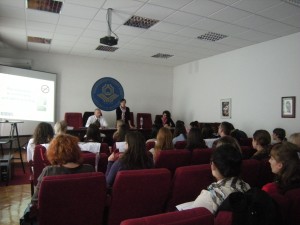