CONFERENCE: “Hate Crime and Hate Speech: Why Do We Need a Better Law?” 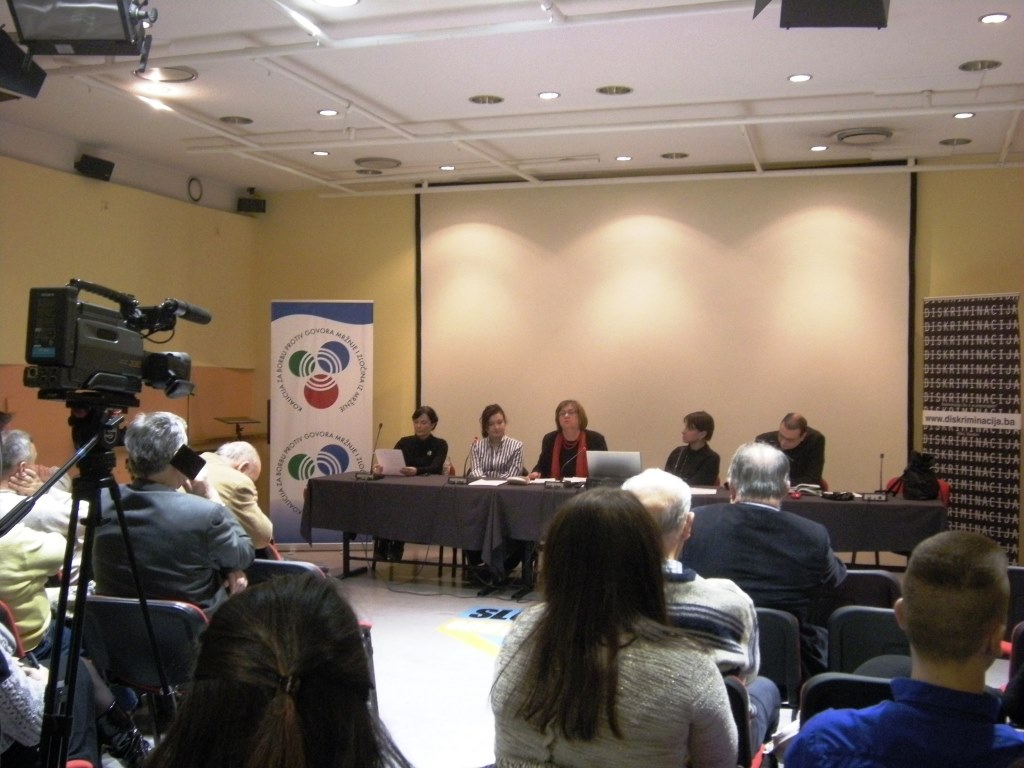 Association for Democratic Initiatives Sarajevo, within the project “Fighting against hate speech and hate crime”, sponsored by the international organization for protection of human rights Civil Rights Defenders, the Antidiscrimination Team of BiH and the Open Society Fund BiH, and in cooperation with the Mediacentar Foundation hosted a conference titled “Hate Crime and Hate Speech: Why Do We Need a Better Law?”

During the conference, Snježana Ivandić (ADI), Vladana Vasić (Sarajevo Open Center) and Tatjana Udovičić (Press Council of BiH) presented the work of the Coalition for the Fight against Hate Speech and Hate Crime in 2013.

“Ideology and hate speech have been closely linked since 1992. That is why BiH must adopt a legal mechanism to regulate this area. It is difficult in a country that has undergone catharsis to speak of hate speech at all. In BiH, there is a lack of confidence as to whether a politician has the right to say anything he/she wants, even when it comes to hate speech, ”Snježana Ivandić emphasized.

Miroslav Živanović, representative of the Human Rights Center of the University of Sarajevo pointed out to the attendees the importance of institutions in the prevention of hate speech and hate crimes.

In the final part of the conference, representatives of the Coalition for the Fight against Hate Speech and Hate Crime stated that hate speech as a way of communication would be strengthened by the approaching of the election campaign in BiH, which necessitates urgent amendments to the FBiH Criminal Code so that such cases could be sanctioned.

The Association for Democratic Initiatives has met its main objective, which is to increase the capacity of CSOs to monitor and report cases of hate crime, which can contribute to increased public awareness and understanding of the importance of punishing hate crimes properly, a way of facilitating the adoption of the necessary amendments to the Criminal Code in the FBiH and RS, in accordance with the comments coming from civil society organizations.

The invitation letter and the agenda of the conference can be downloaded here: Pozivno-pismo-i-agenda-Konferencija-18122013

Previous Story
Press release of the Coalition for the Fight against Hate Speech and Hate Crime on recent incitement of national and religious hatred, discord and intolerance in Republika Srpska
Next Story
Report of the Civil Society Organization (Association “Vaša Prava”) on the implementation of the JSRS in BiH and its Action Plan for the period 2009-2013 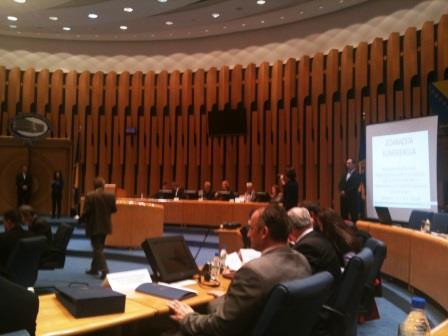