Roundtable on the topic: “A MORE EFFICIENT APPROACH TO FREE LEGAL AID IN THE SARAJEVO CANTON” 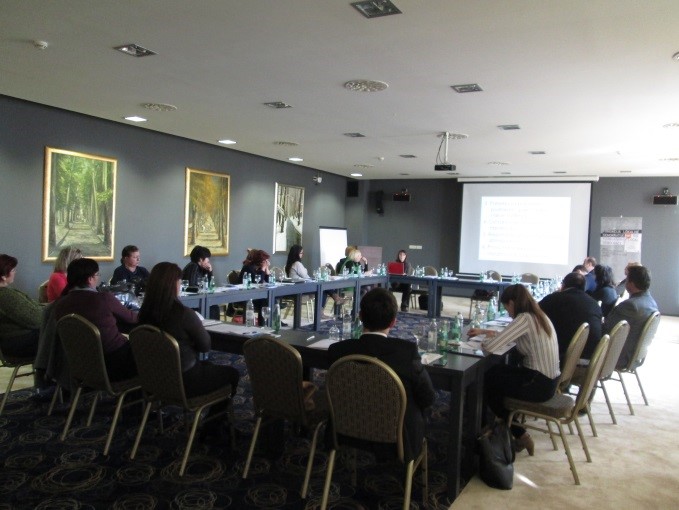 March 5, 2014 / Comments Off on Roundtable on the topic: “A MORE EFFICIENT APPROACH TO FREE LEGAL AID IN THE SARAJEVO CANTON”

On Monday, March 03, 2014, a roundtable discussion was organized by the Foundation for Local Democracy: “A MORE EFFICIENT APPROACH TO FREE LEGAL AID IN SARAJEVO CANTON”

The roundtable participants were representatives of organizations/associations/institutions with specific experience in dealing with vulnerable categories of citizens (women victims of war, Association of Single Parents, Ombudsman Institution, Association Vaša prava, Office for Free Legal Aid of Sarajevo Canton, Vogošća Municipality …), who have presented good practices, problems, but also the importance of free legal aid for the most vulnerable, as well as suggestions for improving cooperation.

Following the opening of the Roundtable, Assistant Minister of Justice Milan Popadić informed the participants about the new draft law on Free Legal Aid and emphasized the need for its adoption at the level of Bosnia and Herzegovina in achieving equal access to justice and justice for all BiH citizens.

On the same occasion, a Legal Guide to Social and Family Rights in Sarajevo Canton was presented with a list of legal aid providers in Sarajevo Canton, which is implemented within the same project as the Roundtable, co-financed by the European Union and a leader partner with ECAS and in cooperation with the Association for Democratic initiatives.

The aim of the project is to improve the system of free legal aid in Sarajevo Canton by improving the system of protection and exercise of rights for marginalized groups of citizens through the cooperation and partnership of non-governmental and governmental organizations. Recommendations for improving the free legal aid system can be downloaded here: PREPORUKE-ZA-POBOLJSANJE-SISTEMA-BESPLATNE-PRAVNE-POMOCI