October 8, 2015 / Comments Off on The Coalition for the Fight Against Hate Speech and Hate Crimes advocates for consistent implementation of the law so that perpetrators of hate crimes are properly sanctioned

On October 6, 2015, the Coalition for the Fight Against Hate Speech and Hate Crime held a press conference in front of the Federal Ministry of Justice and sent a request to the Minister of the Federal Ministry of Justice, Mr. Mato Jozić, for a meeting at which Coalition members would present their amendment proposal to regulate these crimes, and discuss the need to amend the FBiH Criminal Code as soon as possible.

You can download the letter addressed to the Minister here: DODATAK-UZ-DOPIS-Prijedlog-amandmana-Koalicije-za-borbu-_protiv-govora-mrznje-i-zlocina-iz-mrznje-na-Krivicni-zakon-FBiH 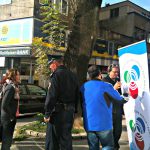 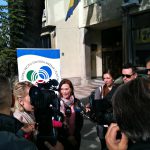 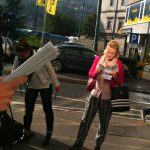 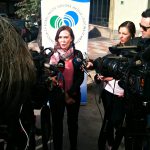