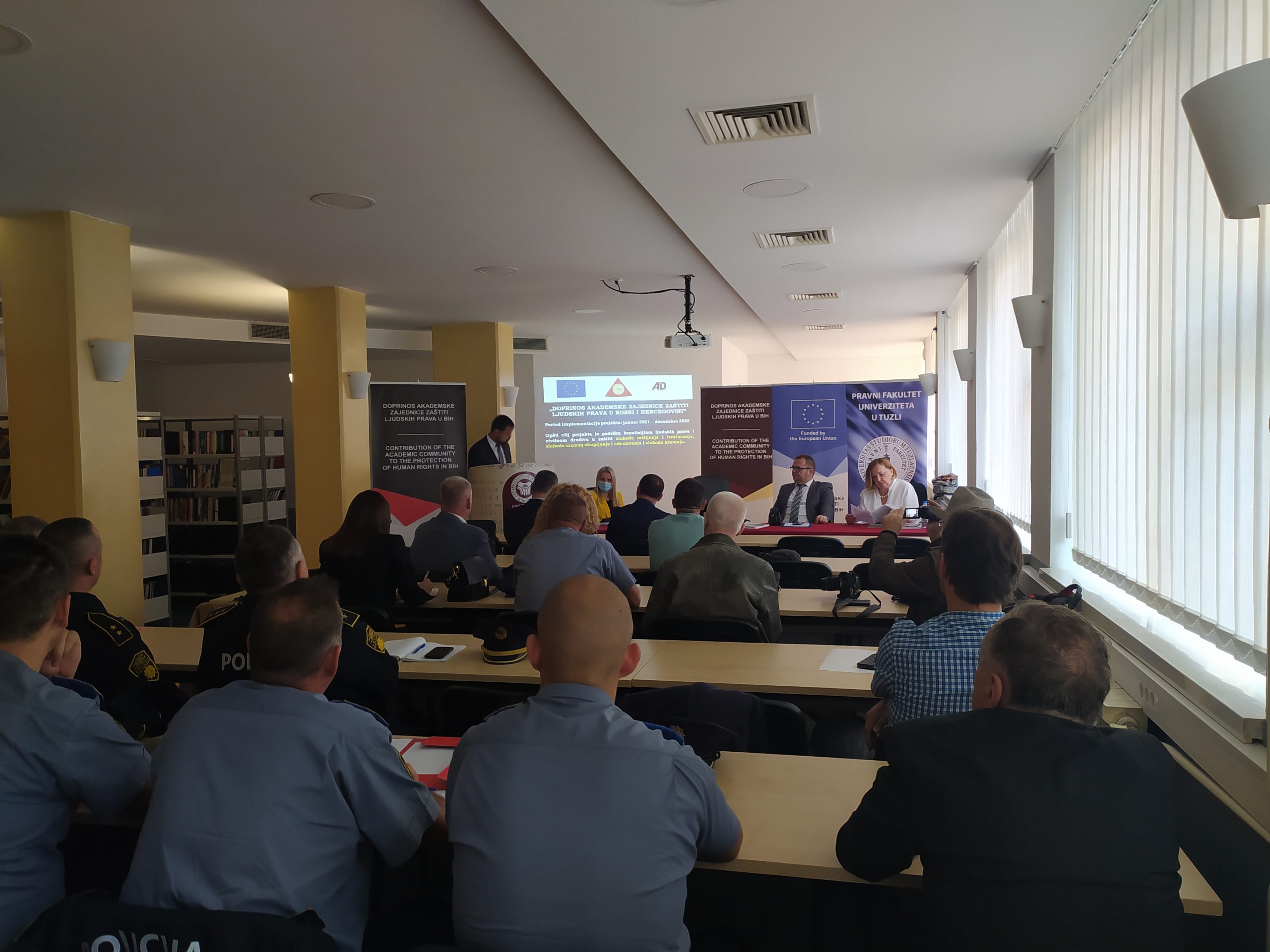 October 8, 2021 / Comments Off on The third public presentation of the results of the “Study on Mapping Institutional Violations of Human Rights in BiH”

On October 5, 2021, the third presentation of the results of the “Study on Mapping Institutional Violations of Human Rights in Bosnia and Herzegovina” was held in the premises of the Faculty of Law of the University of Tuzla.

The presentation was opened by PhD. Amir Karić, Dean of the Faculty of Law in Tuzla, who expressed satisfaction that the Faculty had the opportunity to host such an event, as well as that an employee of this higher education institution was involved in the project within the Study. The author of the Study, Professor Aleksandar Ivanović, presented the results of the conducted research. Professor Dženeta Omerdić presented European standards for the protection of human rights in the field of freedom of opinion and expression, freedom of peaceful assembly and freedom of movement, while Professor Ljiljana Dapčević-Marković spoke about good practices of security institutions in accordance with the European Convention for the Protection of Human Rights and Fundamental Freedoms.

Representatives of the Ministry of the Interior of the Tuzla Canton, as a problem  emphasized the issue of the state of legislation in the field of public assembly. It was pointed out that in the practical application of the provisions of these laws, police officers are in an ungrateful position. On the one hand, the law and their superiors order certain actions to protect public order and peace, enable unhindered traffic, etc., while on the other hand, they are obliged to protect the right of citizens to express a certain attitude through peaceful assembly. The problem of the so-called spontaneous gatherings, gatherings in motion, gatherings on roads, intersections, etc. was specifically pointed out.

The problem is the inaccuracy of the provisions of these laws, which do not offer clear instructions, but above all give discretionary powers to the representatives of the executive power in resolving certain problematic situations in terms of public gathering.

Next Story
The meeting of expert working group