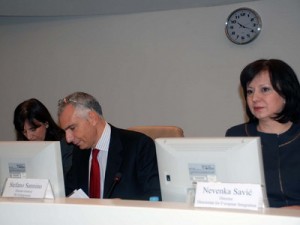 Representatives of the European Commission met at a meeting held on November 17, 2011 and presented key priorities for programming IPA funds in 2012 and 2013 in Sarajevo with representatives of BiH, Republika Srpska and the Federation of BiH. The meeting was organized with the aim of improving coordination in the programming process of IPA funds for 2012, in order to overcome certain problems identified in the previous period.

Key priorities in the area of ​​justice are to support judicial institutions such as courts, prosecutors’ offices and the High Judicial and Prosecutorial Council, support law enforcement agencies and fight against money laundering.

When it comes to public administration reform, the key priorities are capacity building in line with European integrations, support for the harmonization of public procurement legislation and statistical capacity building.

In the development of the private sector, the key priorities are to support the competitiveness of small, medium enterprises (SMEs) and innovation, to prepare for future state aid advice, to develop a strategy for quality infrastructure and to further develop customs and taxation.

In transport, the key priorities are to support the conceptualization of a functional and regulatory framework for transport and to accelerate the implementation of the Highway 5-c Corridor Construction Project.

The key priorities in social development are education and employment, further support for the implementation of the Roma Action Plan and finding durable solutions for refugees and displaced persons on the basis of the Sarajevo process and demining.

The main goal is that the programming process is known to everyone in advance, that the deadlines are known, and that everyone has agreed on the process, so that when things get to the technical operational level, the work can be completed timely and in good quality.

The meeting was attended by representatives of the Directorate-General for Enlargement, led by Stefano Sannino, on behalf of the European Commission. 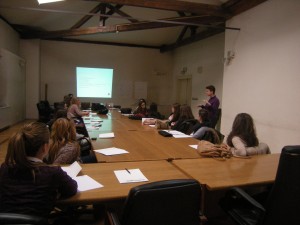