December 13, 2011 / Comments Off on Final Conference Youth Against Discrimination held in Sarajevo

The Association for Democratic Initiatives Sarajevo and the Youth Initiative for Human Rights organized the final Conference Youth Against Discrimination, in the period December 07 – 09, 2011 at the Grand Hotel in Sarajevo. The conference was held within the project Equality in Rights Program – Antidiscrimination Phase 2, which is financially supported by the International Organization for the Protection of Human Rights Civil Rights Defenders.

The idea behind the Conference was to bring together young people from all the cities where workshops were held (Banja Luka, Bihać, Brčko, Mostar, Sarajevo and Tuzla), and to provide them with additional education, primarily focusing on direct activism in the field of antidiscrimination. Participants also visited the Parliament of BiH, where peace activist organizations, as an informal Network for Building Peace, celebrated International Human Rights Day with a major activist campaign held on the streets of Sarajevo.

The program of the Conference began with a debate, with the team consisting of: Anja Gengo, Marko Močević and Nikola Čvoro. The basic thought of the participants during the debate was “the success of the debate comes down to get people to support your position, not blindly following any rules.” During the debate, all participants had an opportunity to familirize with the concept of debate, its basic definition and meaning, and to familiarize with the types of debate.

Participants were given the opportunity to simulate a debate on “Positive Discrimination”, after which they discussed the success and difficulties they encountered. However, notwithstanding the fact that some participants first took up the role of debaters, the general conclusion is that the participants have adopted the basic postulates of good conduct of the debate.

The second day of the Conference began with a lecture by Mr. Nedim Hogić on Activism in Advocacy: From Initiative to Law – Parliamentary Procedures in Bosnia and Herzegovina. Through this lecture, participants were introduced to how to initiate a change of law and what is important to change in the norm and thus create mechanisms for the protection of human rights. Through theoretical facts and practical experiences in the two-hour lecture, participants could get a clearer picture and insight into the complex procedures in Bosnia and Herzegovina.

The conference continued with a lecture by Masha Durkalić on the topic Activism in Practice: LGBT Activism in Bosnia and Herzegovina, through which the participants tried to eliminate all the concerns about the LGBT population.

Mr. Kenan Efendić, through his presentation on Activism in the Media: Web Portal as the New Media in the Human Rights Campaign, and Activism in the Media: The New Internet Public – Social Networks as a Mechanism for Spreading the Message, showed that internet portals are one of the few media outlets that remain impartial and liberalized, and that their power will only increase, as we live in a post-industrial society whose core values ​​are based on cybernetization, automation and information technology.

The second day of the conference ended with a group work on Fighting Discrimination in the Future: How to Achieve Greater Results and Work to Raise Public Awareness, where participants had the opportunity to apply the knowledge they gained during past training sessions and tried to find ways to achieve the set goals themselves.

The third day of the Conference started with the Round Table, moderated by Snježana Ivandić Ninković, Director of the Association for Democratic Initiatives Sarajevo. The basic concept was to present the results of a survey on the existence of discrimination, where the respondents were young people between the ages of 18 and 30.

After the roundtable, the participants visited the Parliamentary Assembly of Bosnia and Herzegovina, addressed by representatives of the government, civil sector and international organizations as part of the International Human Rights Day organized by the Network for Building Peace.

Following a visit to the Parliamentary Assembly, the Youth Initiative for Human Rights also organized a street action attended by all participants of the conference. Activities began with a ceremonial defile through the city starting from the City Hall – BBI Center. Participants had slogans concerning basic human rights, led by the Sarajevo Dram Orchestra.

Defile attracted the attention of both citizens and the media, and on this occasion participants successfully distributed promotional material and leaflets of the Antidiscrimination Project. After the defile, the participants watched documentaries that were made within the project “Stories from Transition”, and after the films, there attended a play “There is a field!”. 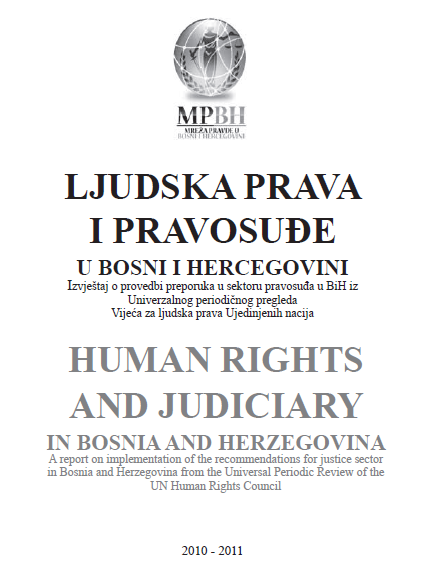 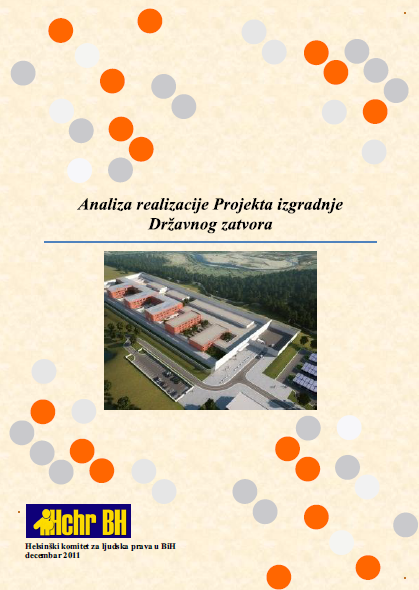