9th Conference of Ministers of Justice in BiH, President of the HJPC BiH and the Judicial Commission of the Brčko District of BiH 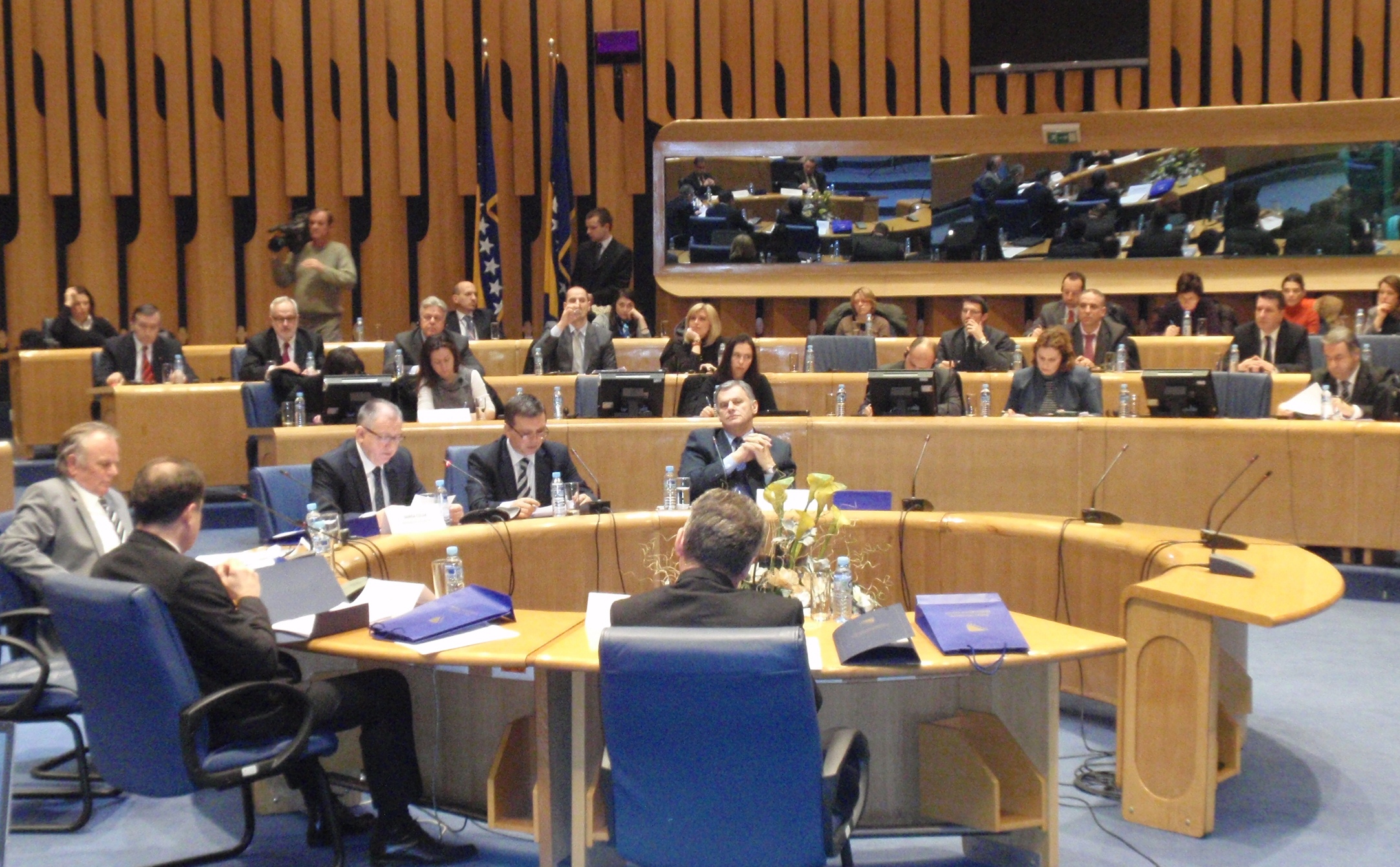 The conference discussed and adopted reports of justice sector institutions and civil society organizations on the results achieved in the implementation of the Justice Sector Reform Strategy Action Plan, including reports on the implementation of the National War Crimes Strategy in BiH and the drafting of the Transitional Justice Strategy in BiH, work on the construction of the State Prison and donor projects in the justice sector in BiH, with an emphasis on the most important problems identified in the implementation so far and priority activities for the next reporting period. The problems and the proposal for solving the problem of passing a unified Law on Prosecutor’s Offices in the Federation of BiH and the conclusions of the 4th Thematic Conference “Support to the Justice Sector for Economic Development in BiH”, which were also supported by the Prime Minister of Zenica-Doboj Canton.

In addition to the report, the following were adopted: Revised Action Plan of the Strategy for Justice Sector Reform in BiH, proposal of priorities for donor funding for 2013 and Activity Calendar for 2013.

The most important results of BiH justice sector institutions in 2012 are:

1) Finding a better way of financing judicial institutions in BiH and harmonizing regulations at different levels of government in BiH, as a precondition for their independence and equal treatment of all,

2) Seeking appropriate solutions to reduce the number of pending court cases and operational issues related to the work of courts and prosecutor’s offices in BiH, such as computerization and reconstruction of judicial institutions, which contributes to the efficiency and effectiveness of the judicial system in BiH;

3) Strengthening the accountability and professionalism of judicial office holders, adopting norms for their work and establishing an adequate system for monitoring, and conducting additional training of judges and prosecutors,

5) Issues of access to justice and introduction of a free legal aid system in BiH,

6) Greater use of mediation and other methods of amicable settlement of disputes, land registry and commercial disputes,

7) Improving the management of the system of enforcement of criminal sanctions in BiH, addressing the overcrowding in prisons and ways to remedy the situation, which include greater use of parole, pardons, community service and other alternative sanctions, but also expanding prison facilities, including construction of the State Office and implementation of international standards in the field of enforcement of criminal sanctions, such as the commissioning of the Sokolac Psychiatric Clinic,

8) The conference participants are firmly committed to continue teaching reforms and to undertake additional activities to strengthen capacities for strategic planning, coordination of assistance and European integration in BiH justice sector institutions, including the development of a new BiH Justice Sector Reform Strategy.

The conference also adopted the priority activities of justice sector institutions for the coming period.

Prior to the Ministerial Conference, a Letter of Commitment was signed in front of the Joint Policy Forum of the Ministry of Justice of BiH and the HJPC of BiH, on the one hand, and members of the Justice Network, on the other, to establish a system of legal assistance in BiH that meets the needs of citizens and contributes to the consolidation of the rule of law and restores citizens’ confidence in the BiH judicial system and contributes to the country’s progress in BiH’s EU integration process.

The agenda of the 9th Ministerial Conference can be downloaded here: Dnevni-red-9.-MK-HJ-1

Previous Story
Signing of the Letter of Obligation between the Common Policy Forum and the Justice Network on partnership in the process of drafting, adopting and implementing the Law on Free Legal Aid of BiH 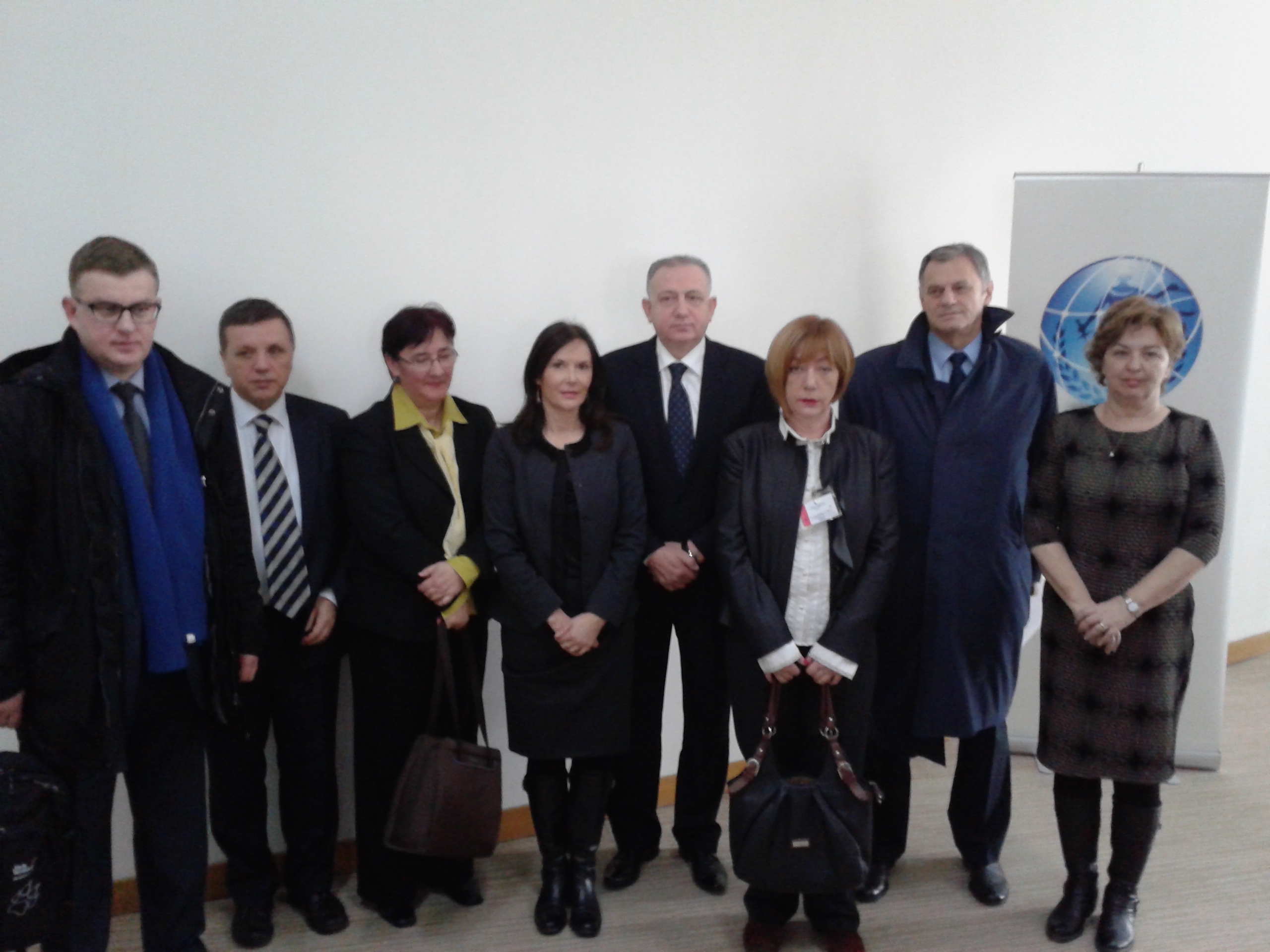