May 27, 2015 / Comments Off on Strengthening the role of trade unions in BiH in combating discrimination against workers

Although the law prohibits anti-union discrimination against mass violations of workers’ rights in BiH, the authorities did not impose sanctions on employers who hindered unionization of workers. Examples of violations of union rights can be found almost daily, and in 2014, a section of the unions reported that employers threatened workers with layoffs if they joined a union. In the three reported cases, employers fired union leaders for their activities. Also, employers who prevented workers from organizing a union were not fined.

The number of cases of mobbing and sexual harassment at work has increased compared to the previous year. According to the 2014 Ombudsman’s report, discrimination is most widespread in the recruitment process and, to a lesser extent, in the pay system. Men and women are also exposed to unfavorable working conditions, but women are still more exposed to various forms of adverse workplace behavior. In practice, there are no legal and technical barriers to prevent workers from suing an employer. At the same time, a high unemployment rate, fear of losing their jobs and a high level of distrust of citizens in the work of the judiciary in BiH is one of the reasons that workers do not report more cases.

Combating discrimination in the field of employment and work is an increasingly common topic in Bosnia and Herzegovina. Trade union representatives point out that they are aware of the problems faced by workers and that they will make additional efforts in the coming period to adequately protect workers from all forms of discrimination. A number of trade unions in BiH have legal services that provide legal advice to union members. In Republika Srpska, there is free legal assistance for members of the RS Trade Union in the form of an office since 2005. The SSSBiH has a legal service that provides information and advice and, where appropriate, represents the party before the court, and the members of the SSSBiH use their legal service. The strongest unions are those that bring together workers in the civil service, the judiciary and public institutions in the FBiH. The so-called “small unions” do not have their own legal offices and rely solely on the help of umbrella unions. In order to adequately protect workers from discrimination in the coming period, it is necessary to analyze the prevalence of this phenomenon and to work on the development of public policies that will sanction this negative phenomenon.

Association for Democratic Initiatives, under the project Equality for All – Civil Society Coalition Against Discrimination, with the technical assistance of the USAID and the Open Society Fund BiH, in cooperation with the organizations Mediacentar, Vaša prava, Analika and Rights for All, is calling all interested parties to be involved in the research on the application of the Law on Discrimination in the Protection of Labor Rights and to contribute to it by completing a simple Questionnaire.

You can fill out the questionnaire for workers in the electronic version at the following website:

You can fill out the union questionnaire in the electronic version at the following website: 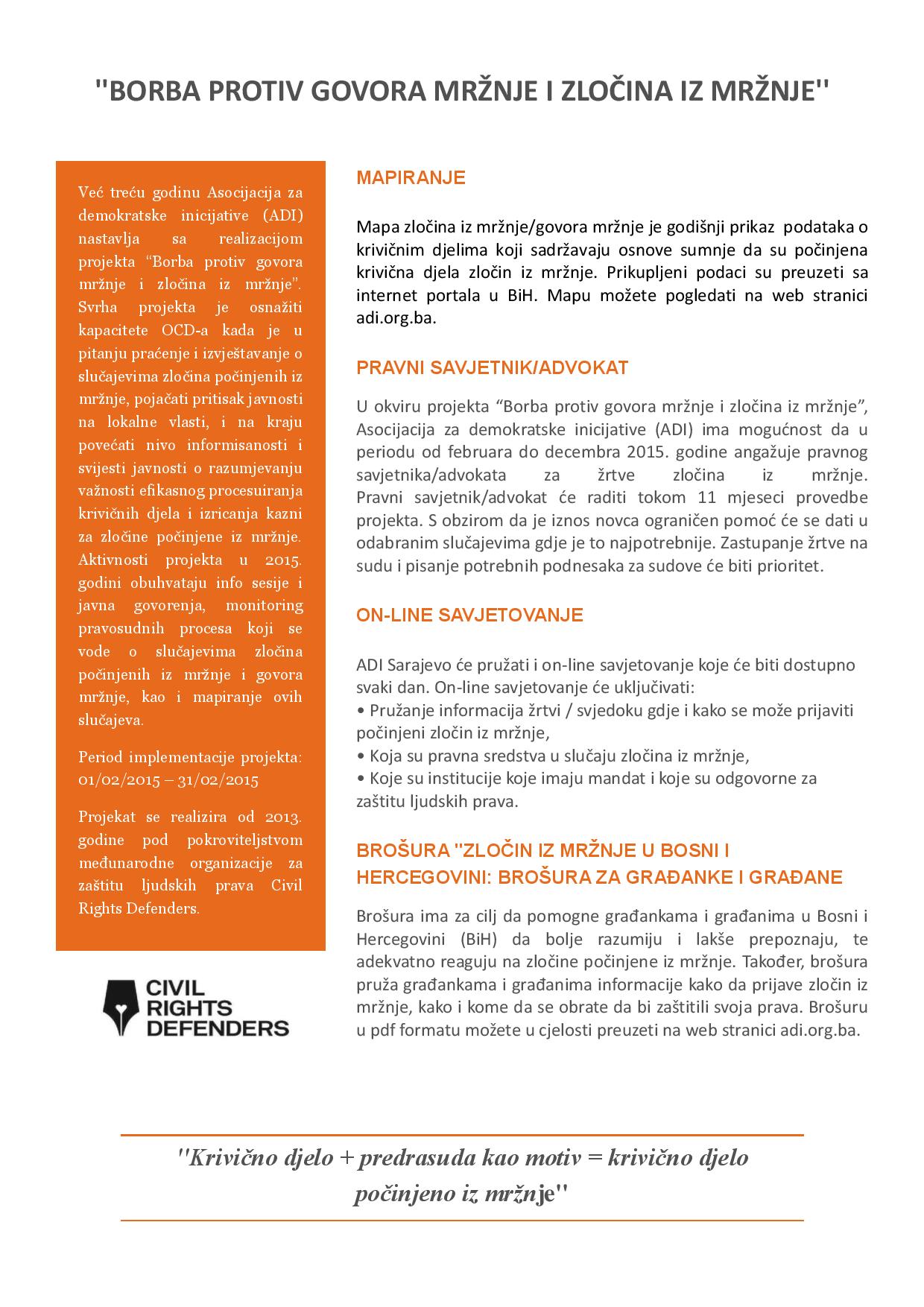