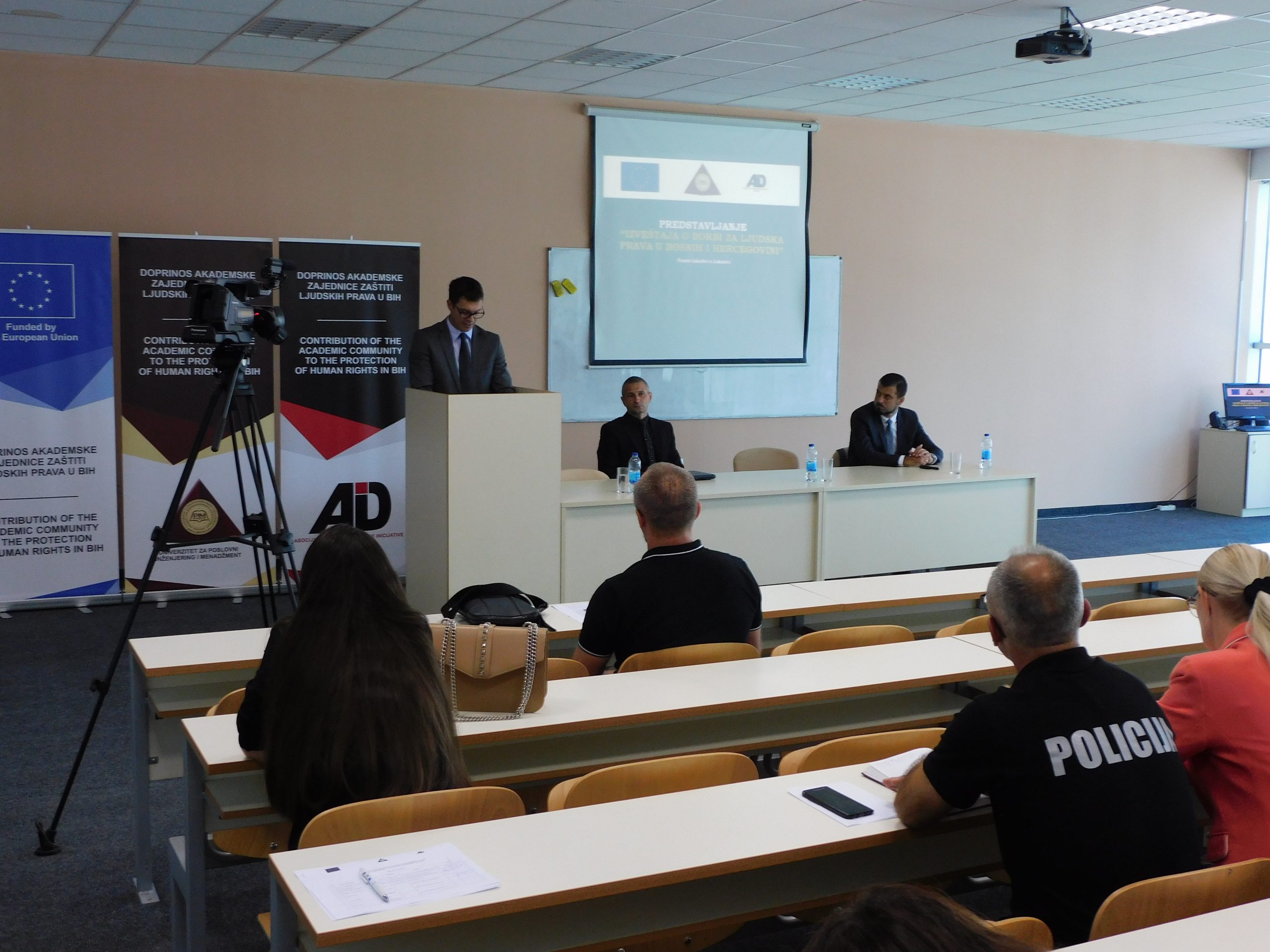 September 12, 2022 / Comments Off on Presentation of the Report on the struggle for human rights in Bosnia and Herzegovina held in East Sarajevo

On 8 September 2022, the presentation of The Report on the Struggle for Human Rights in Bosnia and Herzegovina was held in the premises of the Law Faculty of the PIM University in Lukavica. The Report was prepared as part of the project Contribution of the Academic Community to the Protection of Human Rights in Bosnia and Herzegovina, which is implemented by PIM University and the Association for Democratic Initiatives, with the financial support of the European Commission.

Content of the Report with over 40 identified shortcomings of the domestic legal framework, that is, non-compliance with the European Convention for the Protection of Human Rights was presented by the author Aleksandar Ivanović, PhD, professor at the Faculty of Law in Lukavica. A member of the working group of the CAHR project, Mladen Jeličić, PhD, judge of the Misdemeanor Court in Šabac, spoke about the experiences in advocating and harmonizing domestic legislation with European standards in the field of rights protection, which are the focus of this project. The moderator was Veljko Turanjanin PhD.

With the representatives of the organizations and institutions that took part in this event, regarding the right to freedom of opinion and expression, the problem of the existence of misdemeanor sanctions in the Federation of Bosnia and Herzegovina for belittling or insulting state bodies, companies, or other legal entities that exercise public powers was mostly discussed and imprecise wording of the misdemeanor of spreading fake news. The topic of the discussion was the issue of the limiting influence of the right to freedom of opinion and information regarding the existence of the criminal offense Unauthorized possession of a radio or television station in the criminal legislation of the Federation of Bosnia and Herzegovina, and the Absence of adequate mechanisms for the protection of human rights defenders and journalists in terms of the unhindered enjoyment of the right to freedom of thought and expression.

The discussion was also conducted on the issue of non-compliance of cantonal laws on public gatherings with the European Convention on the Protection of Human Rights and Fundamental Freedoms. When it comes to the right to freedom of movement, the issue of non-compliance of the provisions of the Law on Aliens with the standards of neighboring countries was specifically addressed when it comes to the reasons for which a foreigner can be prohibited from entering Bosnia and Herzegovina due to a threat to national security and the procedure for making decisions on banning foreign nationals from entering Bosnia and Herzegovina.

Text of the report is available here: 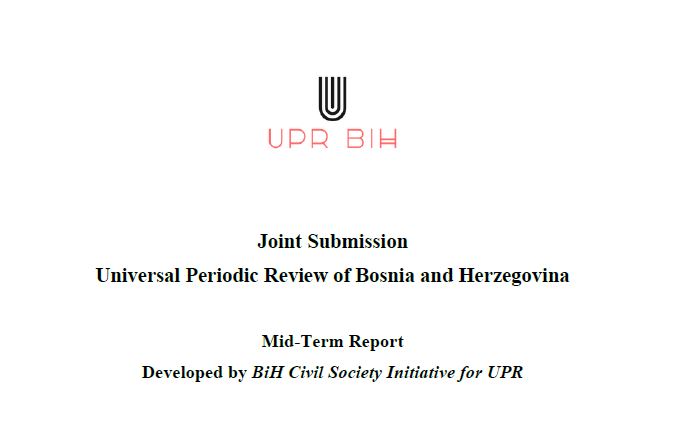