R O U N D T A B L E HELD: “Reducing the Fragmentation of Judicial Financing in the FBiH as a Precondition for the Establishment of an Effective Judicial System”, Sarajevo, Hotel „Grand“ 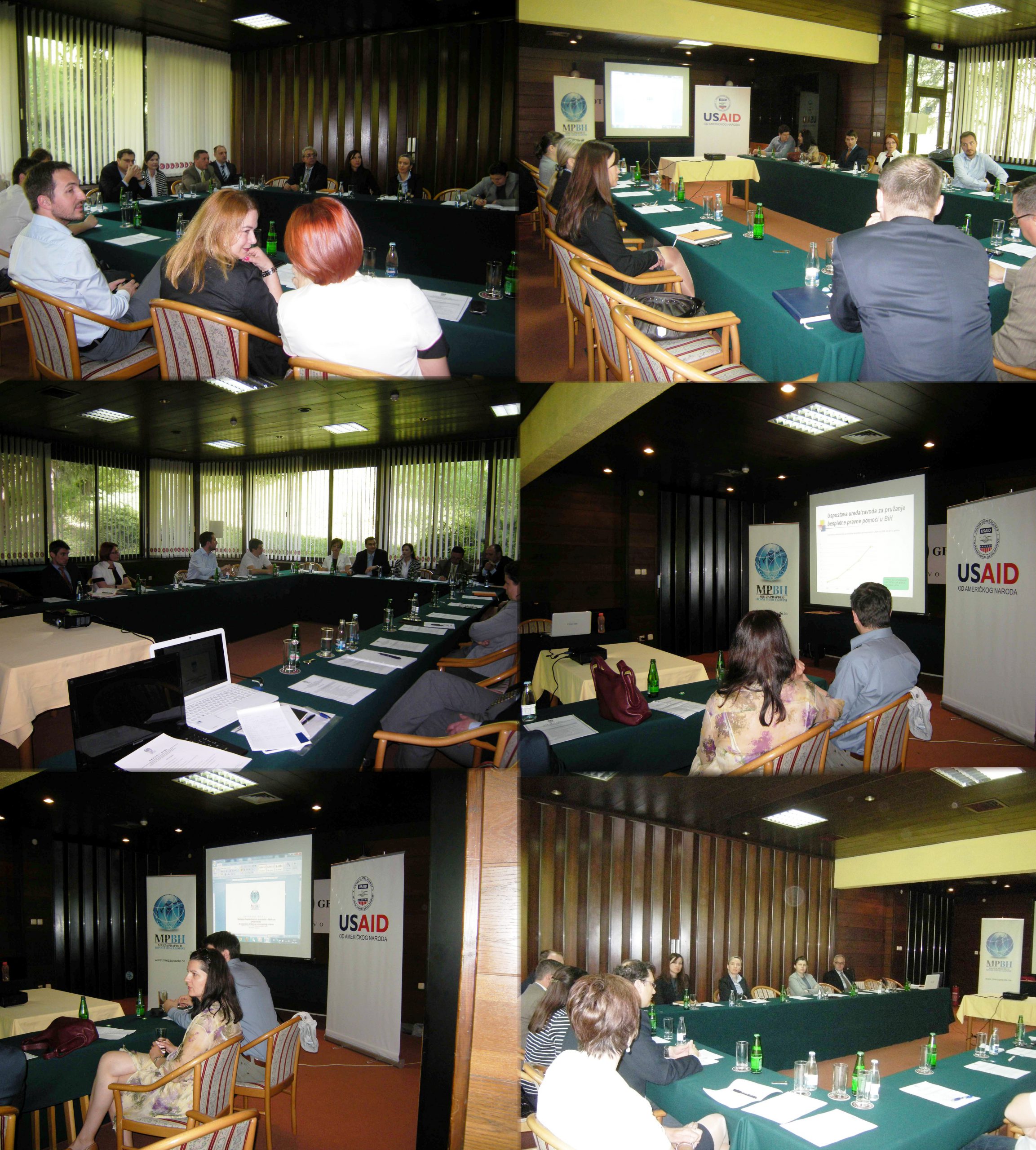 May 7, 2013 / Comments Off on R O U N D T A B L E HELD: “Reducing the Fragmentation of Judicial Financing in the FBiH as a Precondition for the Establishment of an Effective Judicial System”, Sarajevo, Hotel „Grand“

On April 29, 2013, a roundtable“Reducing the fragmentation of the financing of the judiciary in the FBiH as a prerequisite for the establishment of an effective judicial system” was held in Sarajevo. The roundtable was organized by the Association for Democratic Initiatives (ADI) and the Human Rights Center in Sarajevo on behalf of the Justice Network – an informal network that brings together 64 NGOs active in the justice sector – with technical support from the USAID Justice Sector Development Project II.

The aim of the roundtable is that, through the presetation of the analysis of the existing legal framework for the financing of the judiciary in FBiH and the accompanying discussion, participants make conclusions on key weaknesses and problems in the existing legal framework and to offer possible solutions that would in the shortest time lead to the reduction of the fragmentation of the judiciary and the establishment of an efficient judicial system in the FBiH.

Fragmented financing of judicial institutions is one of key problems for establishing an independent and efficient judiciary in BiH. Currently, budgets for the judiciary are adopted within 14 different budgets (state level, 2 entities, Brčko District and 10 cantons). This funding model puts the courts and prosecutors’ offices in BiH in an unequal position and questions the independence of judicial institutions from the executive. The public perception of the work of courts and prosecutors’ offices is negative, as many as 60.3% of citizens do not believe in the justice system, and 45% believe that judges and prosecutors make decisions under political pressure.

This roundtable is a continuation of activities undertaken by the Common Policy Forum[1] and the members of the Justice Network following the signing of the Letter of Commitment[2], with the aim of strengthening the partnership between the government and non-governmental sectors, which will be the backbone for restoring citizens’ confidence in the justice system of Bosnia and Herzegovina in the future.

Based on the previously mentioned presentations and discussions of participants and exhibitors, the consequences of fragmented financing of the judiciary were pointed out and conclusions and recommendations were made:

The consequences of fragmented financing of judicial institutions are:

The list of participants can be downloaded here: Lista-ucesnika-i-predavaca-okrugli-sto-29.4.2013

[1] The Common Policy Forum is a body composed of representatives of the Ministry of Justice of BiH and the High Judicial and Prosecutorial Council of BiH, formed with the aim of achieving better coordination, advancing policies and accelerating the development of reforms in the justice sector.

[2] On February 5, 2013, the signing of a Letter of Commitment between the Common Policy Forum and the Justice Network on working together on the adoption and implementation of the Law on Free Legal Aid of BiH was held.